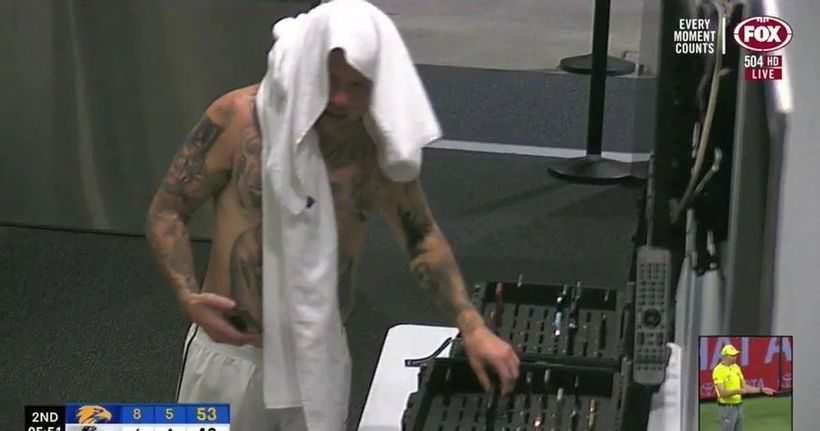 COLLINGWOOD has been issued a “please explain” by the AFL after stars Jordan De Goey and Jeremy Howe were spotted with their phones midway through Friday night’s loss to West Coast.
The injured Magpies pair left the ground and headed for treatment in the change rooms, with De Goey (concussion/broken nose) caught on TV camera picking up two phones and giving one to Howe (hamstring).
AFL rules bar players from using their phones during games due to integrity concerns, with only 10 people per club… 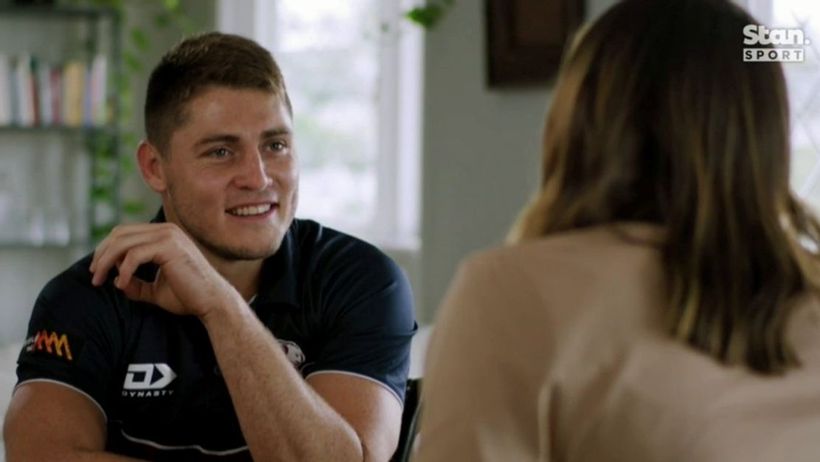 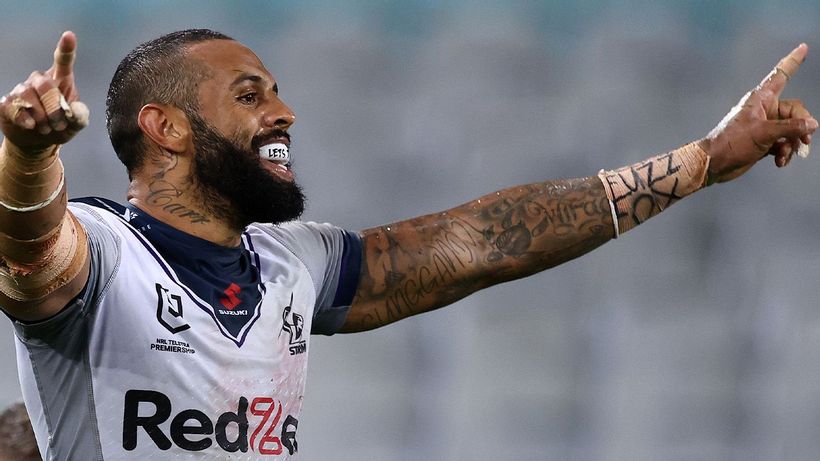